This was Tattenhall Runner’s version of a team dance off. Team Latham versus Team Duckett, 19 entrants in each team, carefully allocated by Jen Chambers. Every runner in each team had to post the distance they managed to run in one hour exactly and no more! There was one week to post their best effort. The winning team had the furthest cumulative distance. This challenge really got those competitive juices going, especially since lockdown has led to the cancellation of all races. We have also been missing the banter that flows before and after races, and several club members made the most of this opportunity! 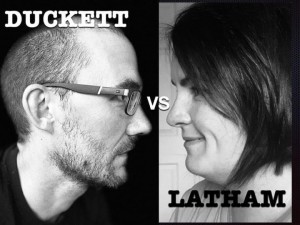 The challenge was set and all the runners really went for it. Team Latham, with the support of their inspirational leader got on with the job and posted runs early in the challenge, taking an early lead. Luckily Team Duckett had Simon’s inspirational (nagging) facebook posts to jolly them along. The challenge went down to the wire with it really not clearly which team was going to take the bragging rights at the end of the week with every metre making a difference.

The final result: Team Latham posted a cumulative distance of 227.75km, average distance per runner 12km, Team Duckett 230.9km, average distance per runner 12.2 Km. Therefore Team Duckett were the victorious team. Again it was great to see how much effort everyone put in with some incredible runs. Charlie Weaver must be mentioned running 15.49km in the hour as well as Kate Lightfoot who also went the extra mile going out and bettering her initial effort by more than 2km which made a real difference.