Tattenhall Runners member Alli Grundy represented Great Britain in the World Duathlon Championships, held in Avilles in Spain.  Alli qualified to compete in the sprint discipline, which consists of a 5K run, a 20km bike leg, and a final 2.5km run.  After some drama leading up to the race due the airline losing her baggage, Alli’s running pedigree and a storming bike section lead to a finishing place of 41st out of 187 ladies, and 8th place in her age category.  Reflecting after the race, Alli commented, “It was a brilliant event, and anyone who runs and has a bike should give the sport a go.”  Alli is now concentrating on qualifying for next year’s European Championships, which are being held in Austria in June. 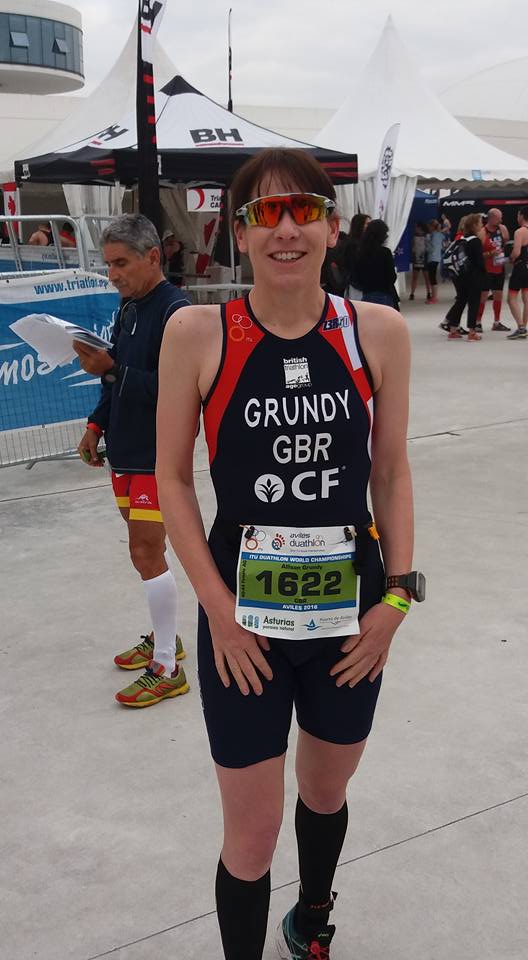 Well done to our very own international athlete!

Reply on TwitterRetweet on TwitterLike on Twitter2Twitter
Load More...